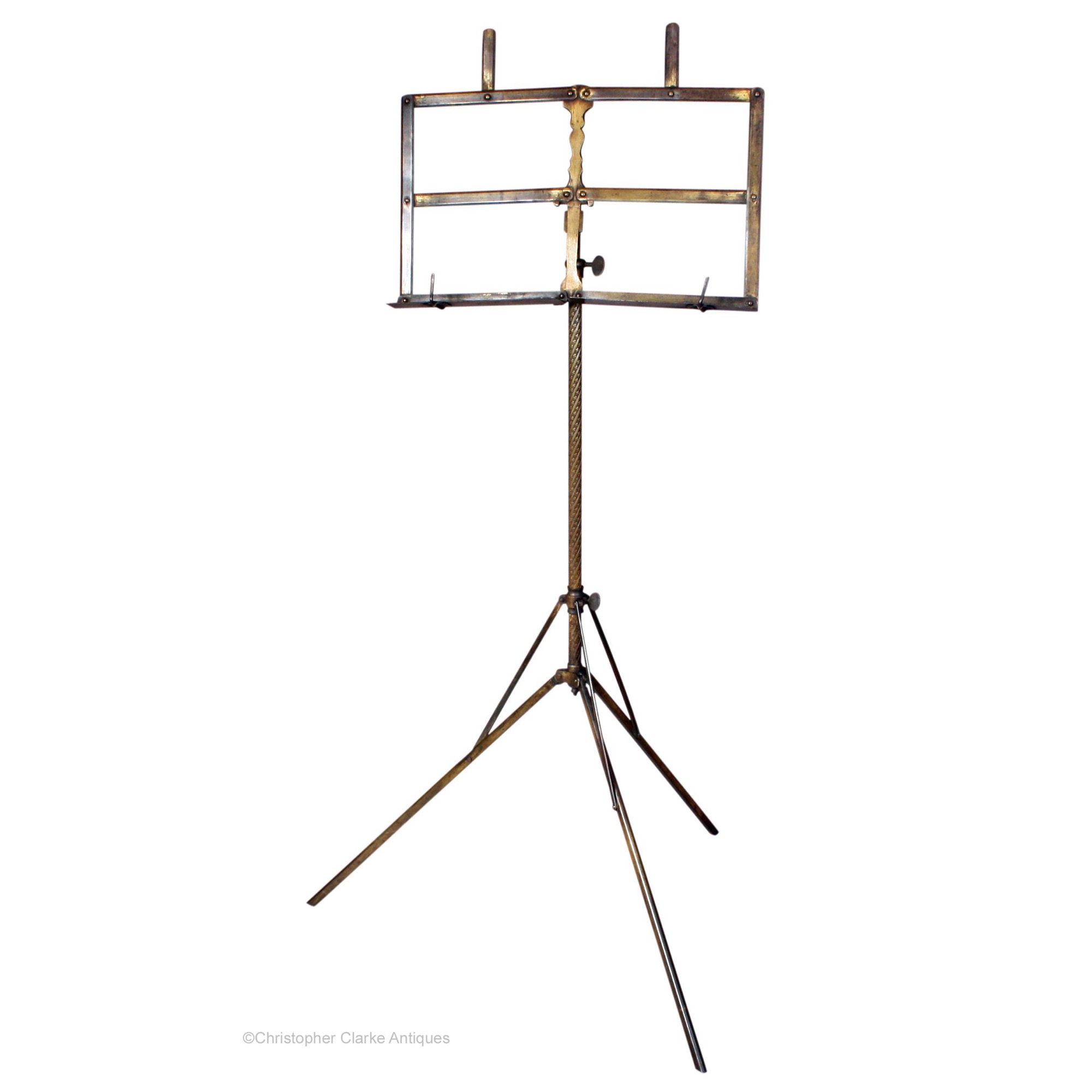 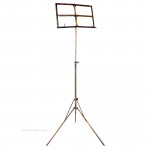 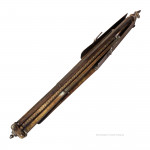 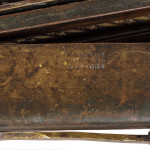 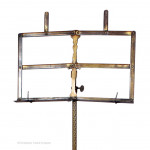 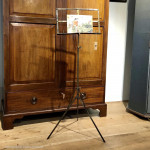 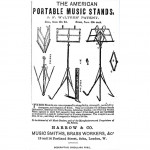 In their adverts published in the 1880s, Harrow's described the stands as '… unsurpassed in simplicity, strength, portability, cheapness, and elegance of finish. They are suitable for Military Bands, Orchestras, Reading and News Rooms, Libraries, Studies, and Drawing Rooms. When opened to their full capacity they stand 5 feet high, and can be folded and enclosed in a case 21 inches long by 2 inches diameter. The weight is about 3 lb, 12 oz., and they will support a weight of 50 lbs'

The stand is made of brass tubing to the legs and the adjustable column with cast brass fittings and sheet brass for the lectern frame. The main column is decorated with a twist and clover pattern but the internal column, that is set at the desired height by a thumb bolt, is plain. The removable lectern frame has a pair of folding support bars and a pair of height extenders. The stand was also available as a cheaper version in iron.

As can be seen, the legs will fold back against the central column once the thumb bolt is loosened, rendering the whole stand very compact. A case, probably in leather, was also available for purchase from Harrow & Co. The stand is stamped J. F. Walters Patent to the underside of one of the frame rests whilst Harrow & Co. Proprietor is stamped to the other. We have not been able to find the patent but it is likely that Walters was an employee of Harrow. If not, their adverts indicate that they were the proprietors of the patent so may have bought it.

William Harrow & Son described themselves in 1865 as smiths, brass workers, gasfitters, inventors of the globular glasses for fishtail burners, music smiths, locksmiths and bellhangers. In 1852 Harnden & Son, brass smiths were located at Harrow's address of 14 Portland Street, London. It is probable Harrow took over the premises from Harnden. They seemed to pare down their range as the company grew and later described themselves as music smiths and brass workers. Still later, this changed to music smiths and stand makers. The premises also expanded to encompass 13 Portland Street. By 1899 Charles Hare, Music Stand Makers had taken over 13 Portland Street.

This stand is well made and designed, with the lectern frame slotting onto the stand with a dovetail joint. Some of the gilt is worn and the stand has some darker areas due to age. The internal, extending tube has a number of marks where the thumb bolt has fixed its position. The width of the legs and height are adjustable allowing the height to go from 40 up to 56 inches. Harrow first described it in their adverts as The American Portable Stand and then as New Patent Portable Music Stands. It was obviously popular as they advertised it throughout the 1880s. Circa 1885.
Full Size is given.

EXHIBITIONS
Departure of the 6th
Condition