Defence of the Arrah House, 1857, A Lithograph After William Tayler 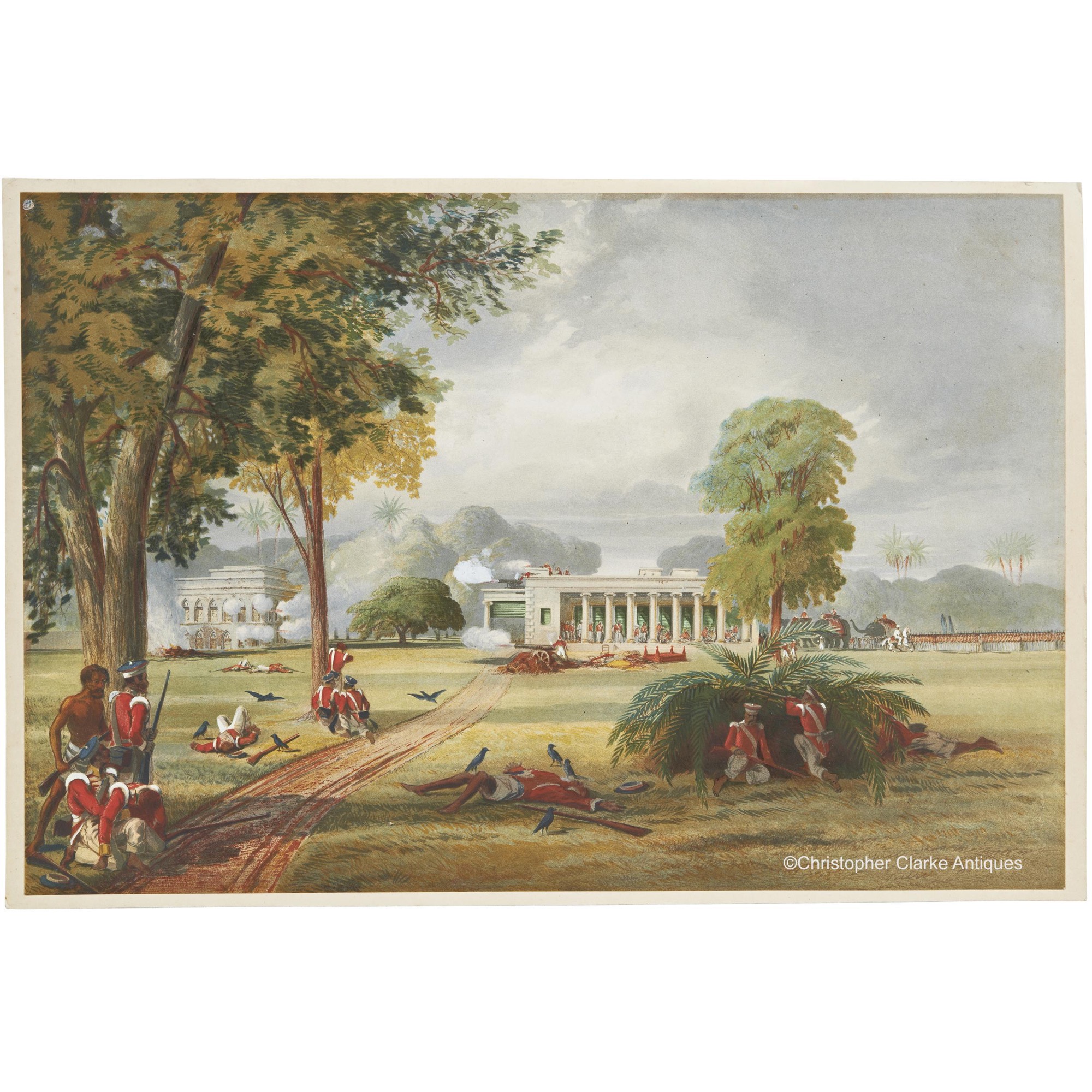 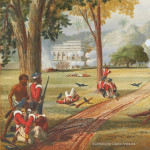 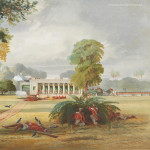 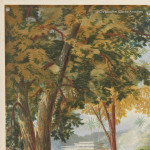 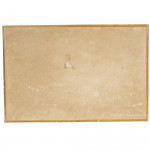 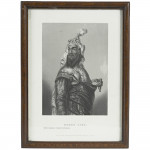 Defence of the Arrah House, 1857, A Lithograph After William Tayler

A hand coloured lithograph print of Defence of the Arrah House, 1857 published by W. Thacker & Co. of London after William Tayler.

In July 1857 the Europeans at Arrah expected to be attacked by sepoy rebels and under the guidance of Mr. Boyle, a railway engineer, fortified the building 60 yards from his bungalow. This two storey building had a billiards room and one of the up turned tables can be seen outside Boyle's bungalow, from which the rebels, led by Kooer Singh, attacked the fortified building on the 27th of July 1857. The 15 men within were all civil servants with not a soldier amongst them. Luckily they had sent the women and children away and were joined by Syud Azimzoodeen (a Deputy Collector) and 50 loyal Sikhs from the local police battalion.

The defenders numbered under 70 and faced over 3000. They only had their own personal weapons but plenty of ammunition and the ability to make more. Food and water was more critical but the Sikhs dug a well and made a sally one night returning with four sheep. Without the loyalty and bravery of the Sikhs, who turned down bribes from the rebels, it is unlikely the Europeans would have survived.

After seven days the house at Arrah was relieved but not without some difficulty. The first relief force, led by Captain Dunbar, were ambushed at night as they entered the town of Arrah, suffering heavy casualties. Major Eyre, of the artillery, learned of the siege as he was taking some guns up the Ganges to Allahabad. He led a second, heavily out-numbered relief force, meeting Kooer Singh outside Arrah where the rebels fled the battlefield.

The print is very accurate in its detail, which is perhaps to be expected as the artist, Tayler, was Commissioner of the area and also published a pamphlet on the siege. It shows the house with the veranda arches bricked up by Boyle to fortify it and the two cannons used by the rebels, one of which they hoisted up on to the roof of Boyle's bungalow to fire down on the Europeans. A vast number of rebel sepoys are also shown lined up to the right.

William Tayler worked for 30 years in the East India Company's Bengal Civil Service. After arriving as a cadet in his early 20s he progressed to become Commissioner of the Province of Patna in 1855, two years before the Indian Mutiny. Effectively he was second in command, with his superior, Sir Frederick Halliday, Lieutenant Governor of Bengal, based 400 miles away in Calcutta. Halliday did not believe Tayler when he forewarned of the mutiny reaching Patna, believing that the local sepoys and the 80 year old Kooer Singh were both loyal and passive. Tayler took action in contradiction to Halliday and is believed to have saved many European lives as a consequence. Halliday dismissed him before the full facts of the situation were known and he became a ruined man. After 31 years of trying to clear his name, he was vindicated as an 81 year old by both the House of Commons and the press.

Tayler was a good amateur artist whose work focused on the Indian landscape, dress and customs. Some of his work was published in London in 1842 and he illustrated his own 2 volume autobiography, 38 Years In India. William Tayler certainly had a difficult relationship with Halliday, and perhaps he made the drawing to vindicate his actions during the mutiny.

This is a scarce, unframed print laid onto card and comes with a small framed black and white print, possibly from a book, of the rebels' leader Kooer Singh. There are no details on it as to the artist, lithographer or publisher (which ties in with other examples) but it is in good condition and illustrates a tumultuous time for both the British in India and the artist personally. An example of this print is held by the National Army Museum in London. Circa 1857.

HS Bush - The Straits of Gibraltar

Watercolour of the Captain's Cabin on HMS Monarch